Impenetrable as Night is a project begun during the Fjúk Arts Centre residency in Husavík, Iceland. Comprised of a series of drawings, and a 3D Animation the project looks towards the landscape of this relatively remote, northern region as virtual site for some demented tactical and techno-spiritual training camp. Mountain-like structures in the fjord reveal themselves to be hybrids of bunker and landscape, and potent metaphors for “closet”. Animated figures perform actions that queer the line between worship, ritual violence and the homoerotic. The iconic icelandic “hot tubs” become sites for some sort of sinister training activity or sensually charged violent ritual. The virtuality of the space is revealed consciously via the inclusion (and revelation) of the 3D wireframe, the use of real-time rendering of individual frames screen-recorded from Maya, and puncturing and layering of spaces that don’t conform to conventions of believable 3D space. 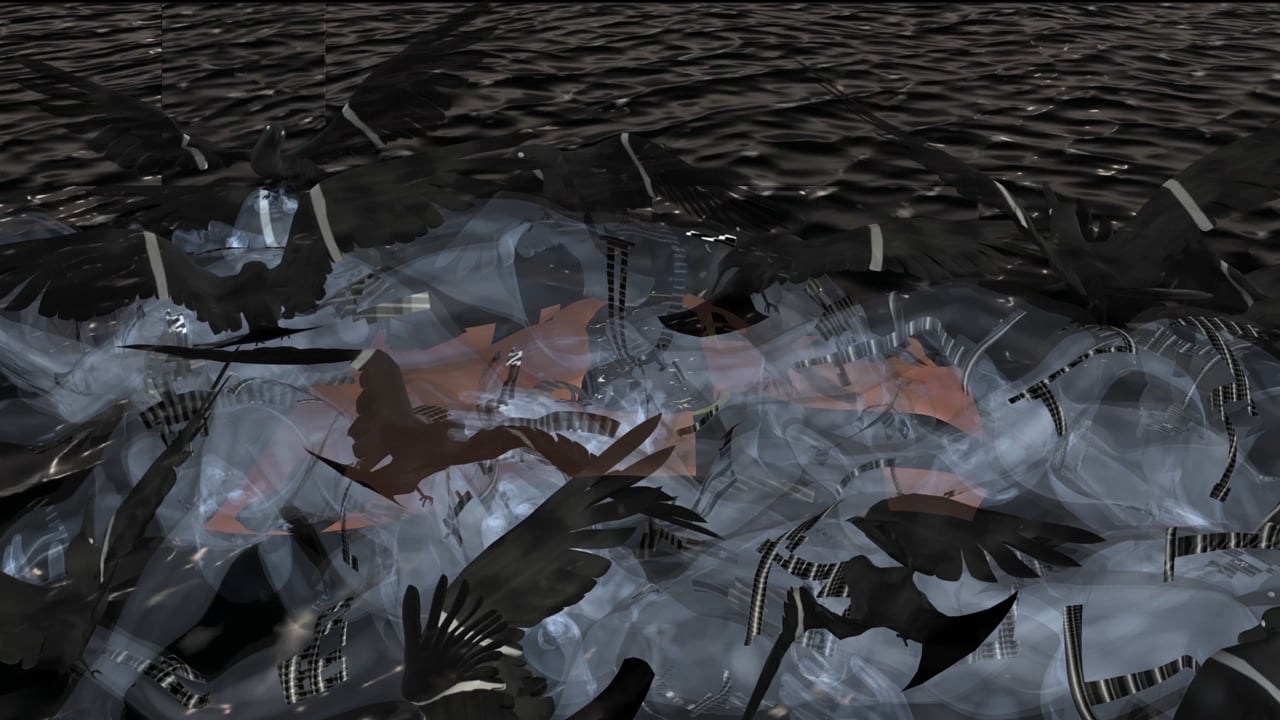 This conversation around the virtuality of these spaces is further investigated in many of the drawings where the 3D wireframe mesh is hand drawn against structures that resemble 3D texture UVS. Other drawings in the body of work examine these hybrid bunker/mountain structures with more fluidity. Hand drawn concentric and connected lines meditate on the idea of the “forcefield” in and around these structures. In this way the act of drawing is used as a way to uncover ideas present in the animated work—working back and forth in order to discover new ways of formulating virtual objects and experiences via the understanding of the physical hand. 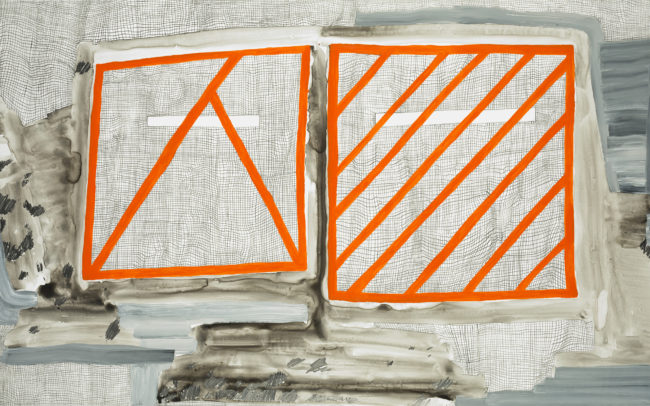 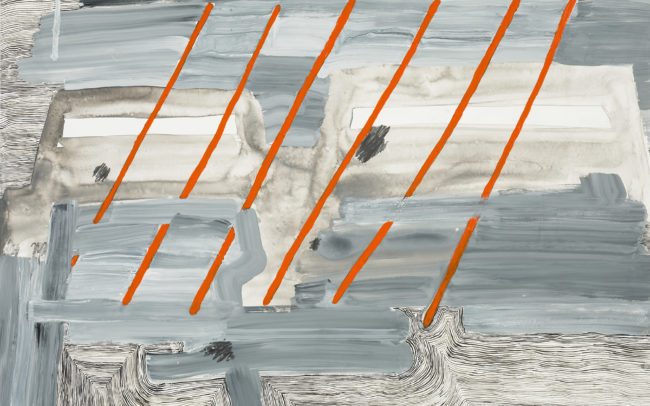 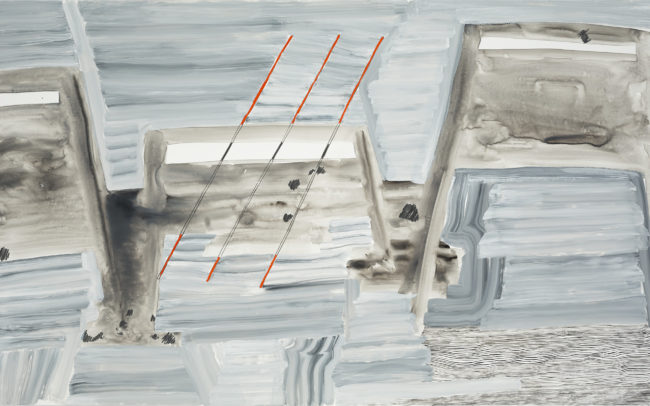 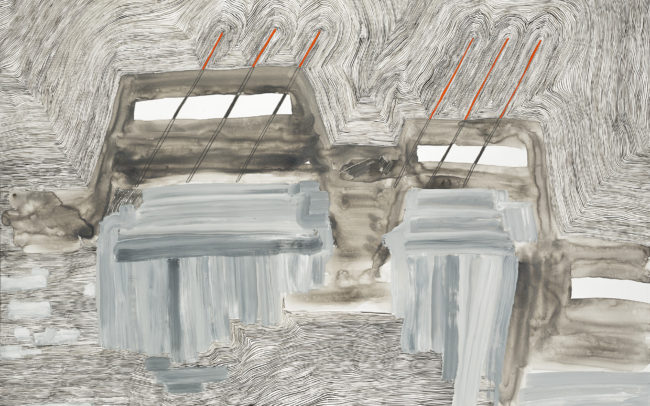 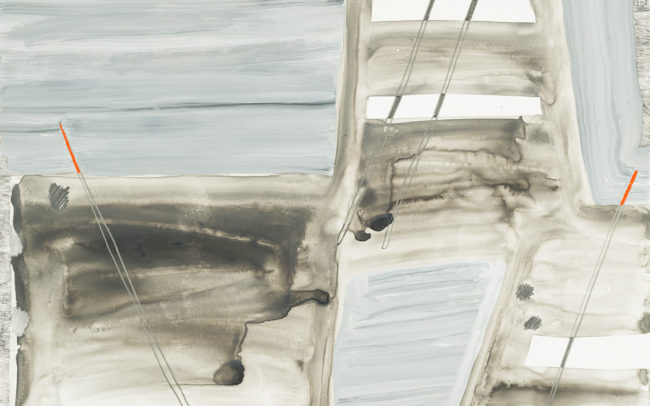 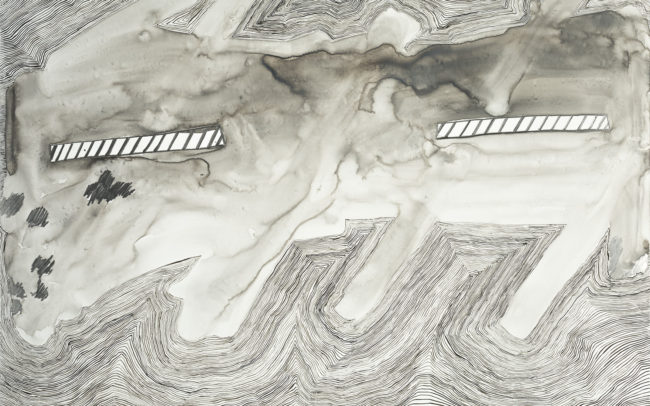 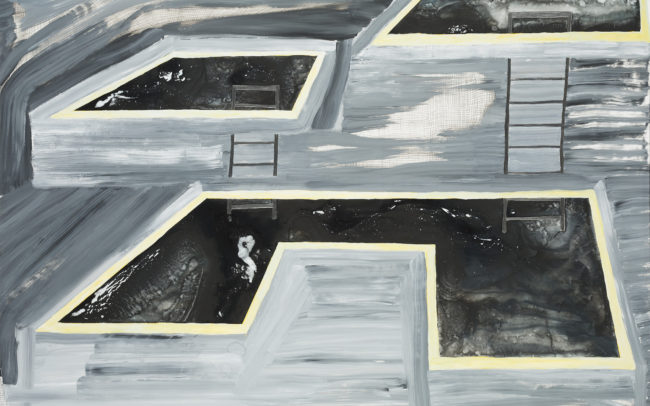 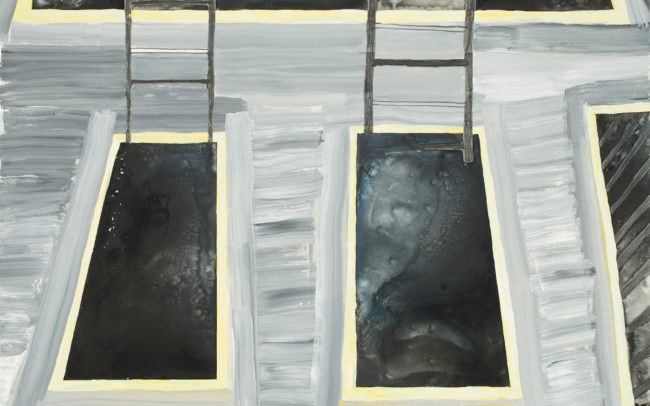 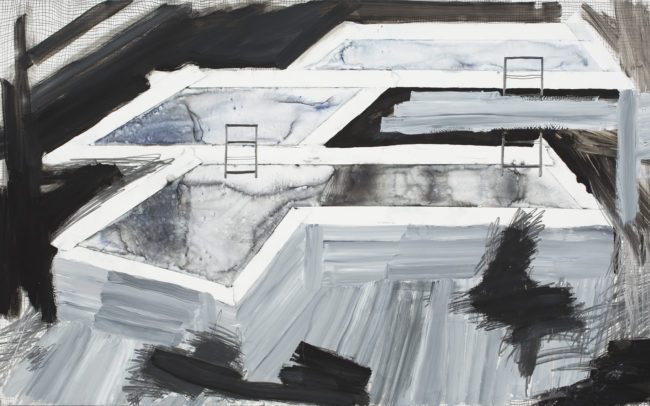 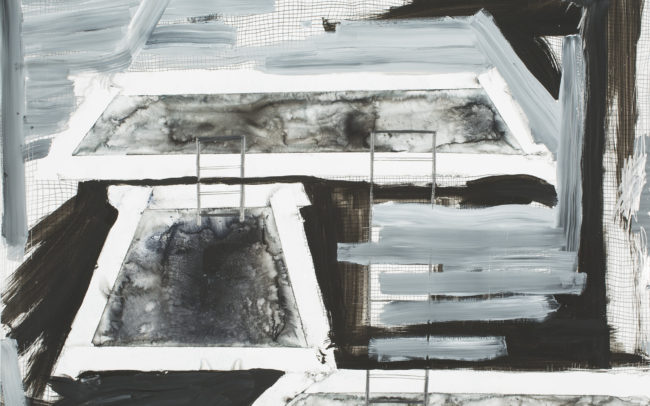